Julia
Oh, am quite lucky to live in the green area of Moscow. It is well away from the city center and I have several parks near my place, which are within the walking distance. One of them, called Yablonevyi Sad, used to be a nasty run-down place where dog owners brought their pets to poo and local drunkards had their orgies. Fortunately, it has changed now. The area has been cleaned and has received a good makeover. The beautiful apple trees are still there but now there are also nice cozy paths for walking and jogging, a playground for kids and a pretty little pond with green lawns around it. Even some barbecue spots have been installed quite recently. I love that place and I frequently go there to ease the stress of the big city. I like to sit on the ground and look at the water. However, I get very angry when I still see people dropping garbage or smoking there — though it is strictly banned. I always tell them off. Surprisingly, some of them get really embarrassed and leave… If things go well, I am planning to make my birthday party in the open air in this park. 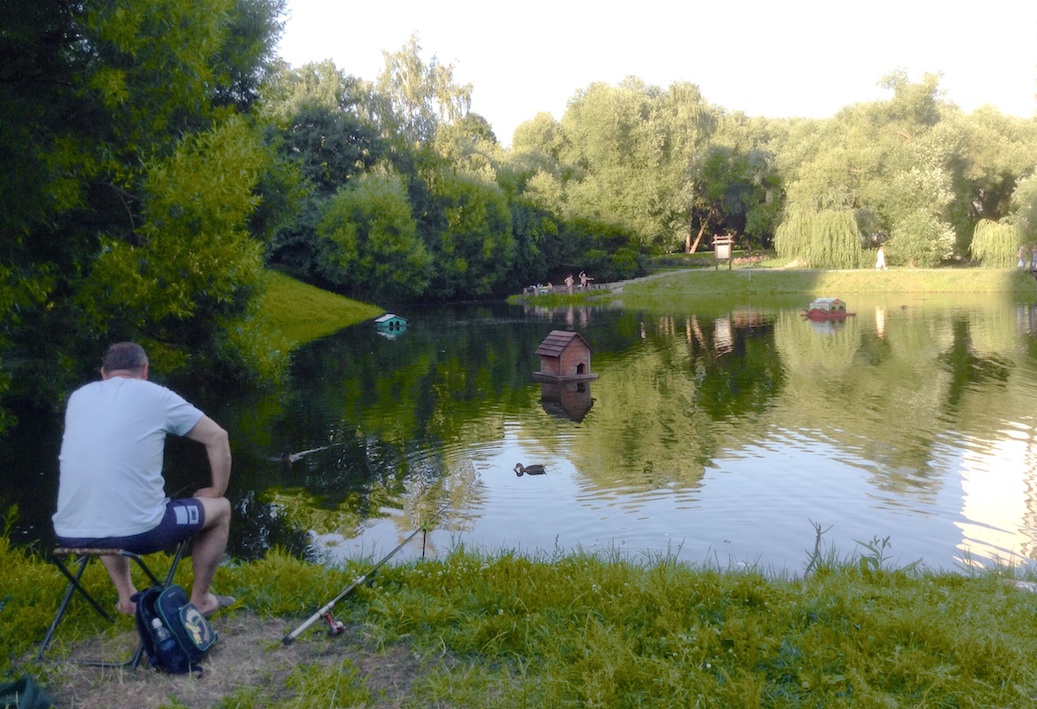 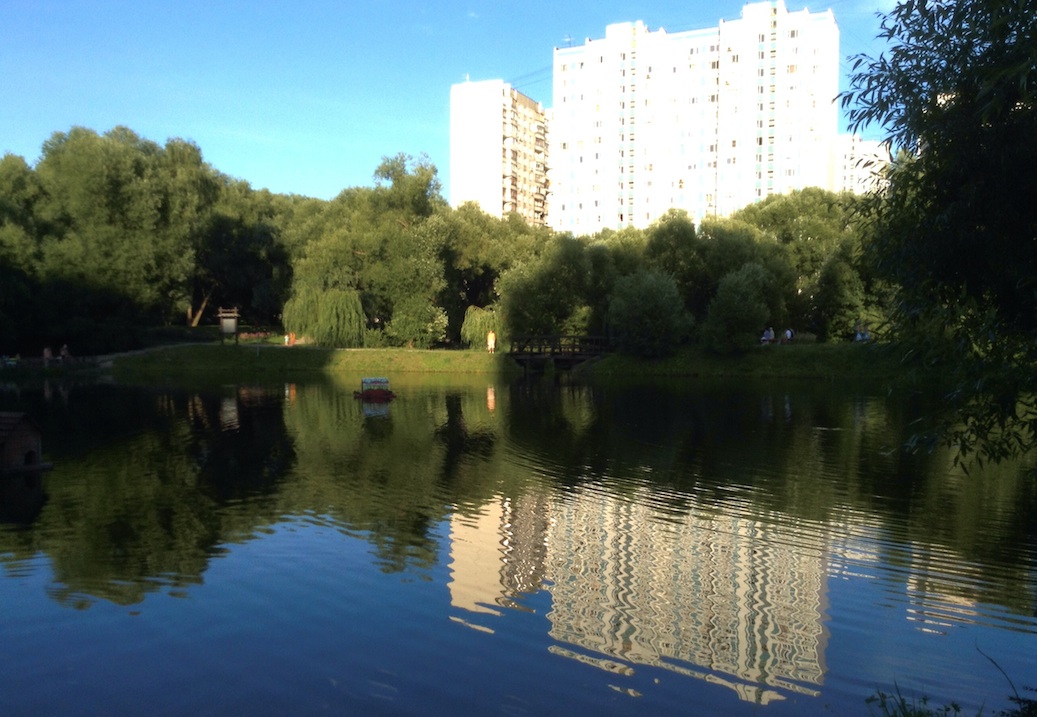 Narmin2
I’m happy to say that I’m among the lucky ones who live near the forest that is untouched by people. There is a huge forest called Izmailovo Park. In this forest there are pines, birch groves with cozy glades, old ponds and even the architectural monuments of the 18th century. Also, the park has a playground for kids, sports grounds and outdoor fitness equipment. I really love to train there in the warmer months. I love to walk along the long paths and listen to the birds singing, feed the squirrels, who run approach you for peanuts. It is very quiet — you just plunge into the world of the forest, and forget about all the problems of life in the city. And with my daily routine — this is the best way to get back to normal. The forest becomes more and more beautiful every year. And now I’ve got the idea to go there on a picnic with my friends or loved ones in the near future. 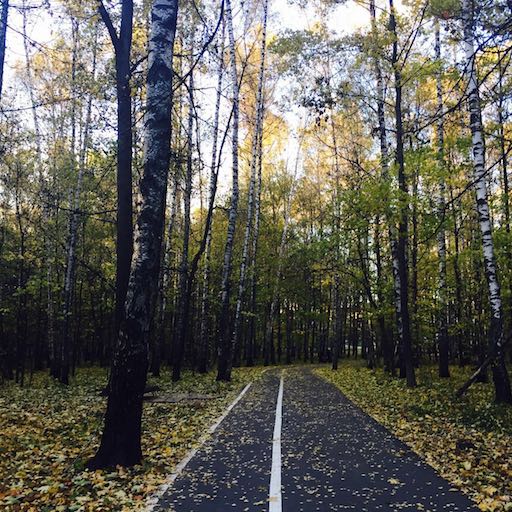 katepinegina1
As for me, I have two “residences”. In other words, during the week I live in the university residence which is situated not far from our university. Yes there are some small green areas around it, for example, my favourite park where my friends and I like to have a good time, especially in warm weather we have a great opportunity to roller skate, to ride a bicycle or just walk. Besides, there is another place which is just a short distance away from our residence — Ydaltsovy Prudy where I do the jogging run in the mornings or sometimes I read books on the bank of lake. I really enjoy these places but as they are situated at the centre of Moscow I haven’t got the feeling that I can fully relax because of the cars, which produce a lot of noise and fumes.
And the next place is my home where I stay at the weekend — in Moscow region. Here I’d like to say that I really can get away from the hustle and bustle of the big city. Maybe it is quite a small town but it is full of green areas such as parks, forests , garden squares. For example, there is a river just a step away from my house and I am a very lucky person because water and swimming make me feel better and also help me deal with stress. 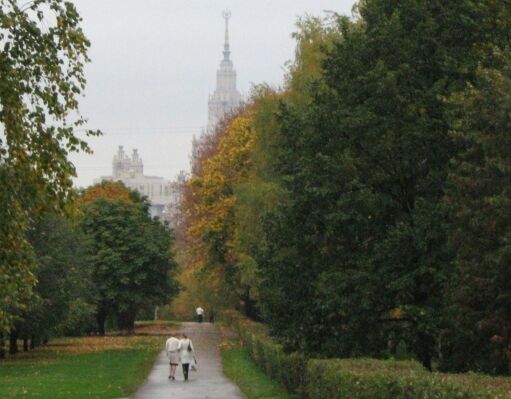 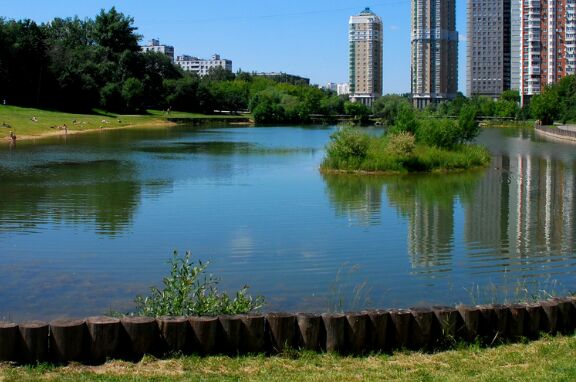 lisawatsonlove
Despite the fact that I live near the center of Moscow, the area here is pretty green. There is a park nearby, called Sad Baumana. The territory is not very large I have to say, but this place is quite popular among the directors of soap operas and just married couples. But when my family and I moved to this area 13 years ago, it was an awful and generic place with dangerous children’s playgrounds, stray dogs and it was full of suspicious-looking people. There were no shops to buy something to drink, or even there was no place to have a snack and benches to sit down on.
Now the situation has changed dramatically: after the reconstruction it has become a nice place to spend time and, what is more important, it is a safe territory. Smoking and drinking are strictly prohibited there. By the way, it is a good place to spend someone’s birthday or to organize a family picnic. And there is a thing, which I appreciate very much: in the summer, every weekend the park organizes an open-air cinema, where they usually show old and sometimes black-and-white foreign films in the original without subtitles, so that I like to spend my time there in this period. 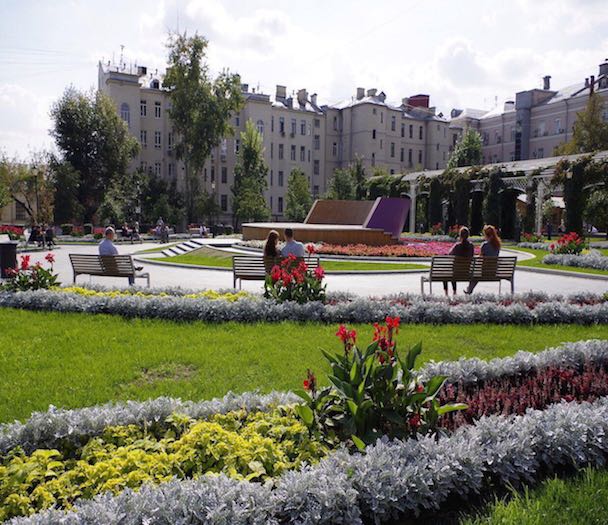 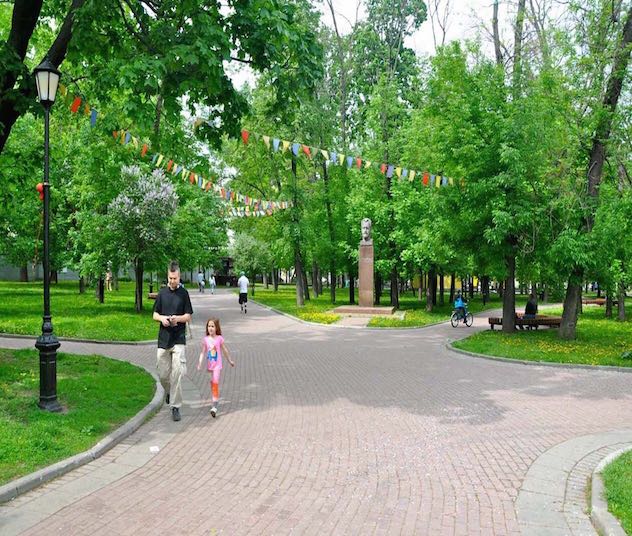 mishelmykh
Oh, I was quite lucky to live near the pond, whenI was a little girl. I remember the days when my mother used to bring me to the park where we were walking and feeding ducks and ducklings who lived in the pond. Oh, my sweet childhood! Nowadays, the situation has changed greatly for the worse. The construction of some buildings started in the park area, and through the window I can see a huge banner with the words on it “Donstroy”. I really hate them now. They poisoned the pond with their garbage and destroyed a part of the park. Days and nights I get nervous breathing dust and gases coming from this noisy construction. I’m ready to wear a pollution mask. I feel sad about this distruction in progress. This human activity causes aggression inside me. I guess that soon this area of Moscow will transform into “Big ripple №2”, because of skyscrapers that are growing around as fast as mushrooms after the rain. 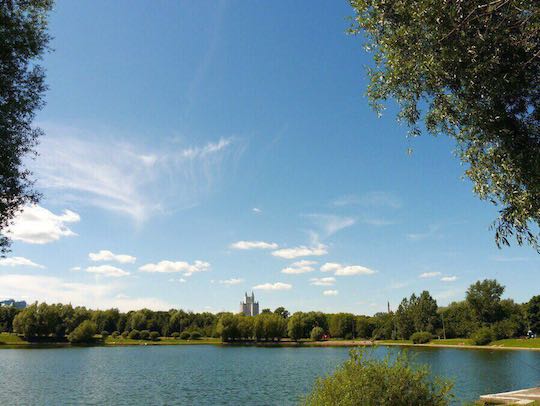 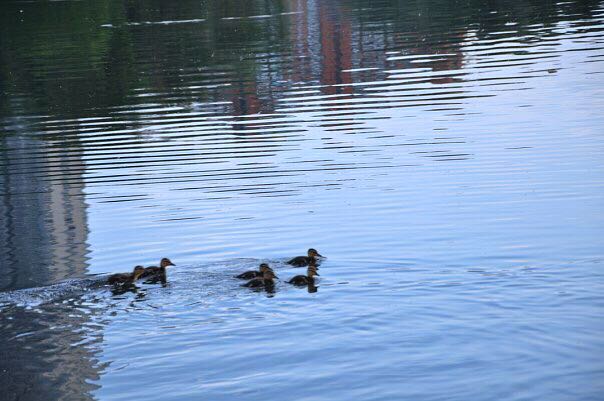 Kotik11
I live in the district that is located outside the Moscow Ring Road, so the situation with pollution is good enough. It is thought that Mitino is one of the cleanest districts in Moscow. There are 2 two main green zones: the landscape garden of Mitino and the Krasnogorsky forest. I would like to describe the territory of the park, because I really love to walk there and also I see this view from my window. Firstly, it is interesting to note that there was a village 10 years ago, some country houses and apple trees still can be found in the oldest part of the park. The territory of the park is improving on a yearly basis; it is becoming more developed than just a simple green zone. It is the best place to spend your weekends. The park is divided into small zones for different events: there are terraces for a barbeque, small shops with snacks, bicycle rentals and also kids can have a good time there because the amusement rides, go-kart tracks and sports grounds were built for them. 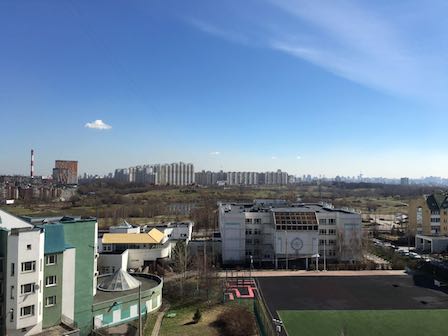 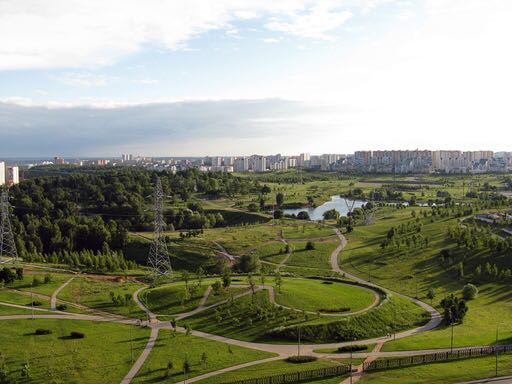 Darya_Bartyshova
I have lived in Moscow almost 2 years. I was born in a small town called Alexandrov, which has always been very dirty and polluted. After 18 years living there I moved to Moscow and was pleasantly surprised. Moscow is pretty green almost everywhere compared to what I’d thought about it. I must say it’s clean and it makes me extremely happy. There are lots of dustbins everywhere which makes people just easily throw the trash in there, not in the street. I feel very comfortable in the area where I live. It is a quiet dormitory area with a nice park nearby. Actually it’s spring now and the area isn’t that green yet, but in summer it looks amazing. Also I’d like to point out that there are cute flowerpots with flowers everywhere in Moscow, which makes any place look pleasant and makes one feel happy.